Robert Barone: ‘Pause’ Gave the Market Temporary Hope – But Hope Is Not a Good Investment Strategy

Economist Robert Barone has outlined here some of the current challenges for investors and the Federal Reserve at this pivotal time. Have a look at this commentary, it’ll be worth your time!

The Dow Jones Average rose 618 points on November 28th as the market interpreted Fed Chair Powell’s speech as dovish and has assumed that the Fed will “pause” in its stated rate hiking plan.  Then, on December 3rd, the Dow rose another 288 points, interpreting the 90 day “cease fire trade pause” between the U.S. and China as significant progress.  The following day, the Dow plunged nearly 800 points on worries about a slowing economy. Volatility has become the new order of the day.  Fed policy and trade have been the two major issues that have so bothered the market in October and November and caused a 10% correction from the August 30th market peak.

Let’s take the trade issue first.  Remember that it is the U.S. that is the aggressor here, seeking a more level playing field with its major trading partners, especially China.  It is fair to say that the 90-day pause (beginning January 1) is an opportunity to begin a real dialogue with China over such things as intellectual property, entry barriers to Chinese markets, cyberespionage, etc.  Some of these issues are part and parcel of Chinese culture and the way they do things. For many of these major issues, change could take years, not days. Further, one can legitimately ask, having been negotiating for over a year, why we would expect to get a different result this time?  But markets sometimes react to “hope,” and the December 3rd rise may have been one of those times.  In the meantime, while the market has concentrated on China, the new USMCA agreement, which is supposed to take the place of the NAFTA agreement among the U.S., Canada, and Mexico, is no slam-dunk to get congressional approval, especially now with Democrat control of the House of Representatives.  That would make the trade issues even more uncertain, and you know what markets think of uncertainty!

In the scheme of things, however, monetary policy is much more powerful and, therefore, more important.  So let’s parse Fed Chair Powell’s November 28th remarks, the ones that appear to have ignited the market on November 28th.  Being oversold and looking for something to hang its hat on, the market interpreted Powell’s remark that the current Fed Funds rate was “slightly below the low end of the neutral range,” as a significant shift from his October 3rd utterance that the Fed Funds rate was “a long way from neutral.”  So convinced was the market that he had turned dovish, it set high odds for just two rate hikes between now and the end of 2019,  the upcoming December rate hike and one in the second half of 2019, and has assigned only a 10% chance of the Fed’s still official stance of three hikes in 2019.

The “neutral” Fed Funds rate, a rate that neither promotes growth nor restrains it, is currently defined as a range between 2.5% and 3.5%.  The current Fed Funds rate is 2.00%-2.25%. Theoretically, if it turns out that “neutral” is at the low end of the range, then, indeed, we are only one or two hikes from neutral.  But, from his October 3rd remarks, it is clear that Powell’s personal view is that neutral is not at the low end.  A parsing of his comments in that speech reveal the following views:

Given this characterization of the economy and markets, why would Powell suddenly turn dovish?  The only thing different between early October and November 28th was the market downdraft, and Powell said that had not had an adverse impact!

Most economists have come around to the view that we have discussed in several past blogs, that the U.S. economy has begun to show signs of slowing.  Predictions of Q4 GDP growth by all three Fed models (Atlanta, NY, and St. Louis) are near 2.5%, and early forecasts are that 2019 growth will be slower.  Nevertheless, there are still signs of life in the economy, especially in the consumer, as early returns for holiday shopping are positive, and a significant pullback in the price of oil over the past 60 days means about $40 billion for consumption elsewhere.  These give credence to Powell’s view of a strong economy and are reasons he could push rates higher. 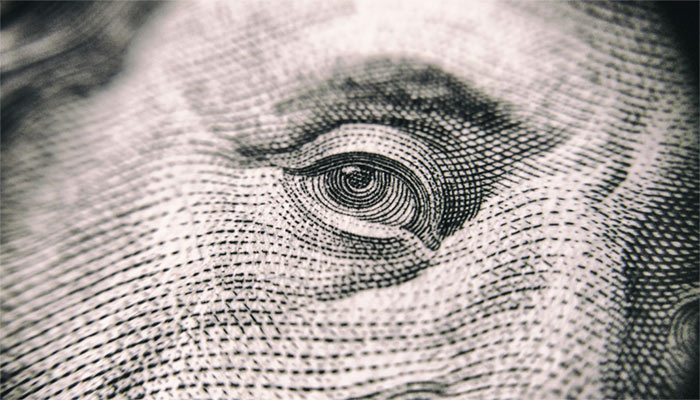 Here is the rationale:  Monetary policy is a very powerful tool, but it has always worked with what economists call “long and variable lags.”  Let me translate that into plain English: We don’t know now nor have we ever known a) how long it takes between a Fed action and its impact on the economy, or b) what form the impact takes (except we do know that interest rate changes immediately impact housing).  As I have iterated several times in this blog, in the post-WWII era, the Fed has embarked on rate raising regimes 13 times before the current one. In ten of those 13, recessions have resulted. That proves that they don’t know (or at least historically they didn’t know) the transmission mechanism or the length of the lags.  Add to that the fact that the economy evolves over time, and lately, the changes have been both breathtaking and rapid. Here are some examples just since the recession:

Given such rapidly changing patterns, how can anyone, even the troop of PhDs at the Fed, determine how and when monetary policy will impact the economy?  The application of statistical techniques to build models requires the use of historical data. Even if they could figure out the lags and transmission mechanisms of the 70s, 80s, and 90s, those aren’t likely to be relevant to today’s transformed economy.  The Fed simply doesn’t know how long it takes from the inception of a monetary action to its impact on the economy, and they also don’t know the magnitude of the economy’s reaction. In his November 28th speech, Powell admitted as much: “We also know that the economic effects of our gradual rate increases are uncertain, and may take a year or more to be fully realized.”

At this time, no one can say whether or not the Fed will be able to engineer a soft landing, or whether their actions will result in another recession.  History says the odds are recession. And the trade skirmishes only compound the issue. In my latest blogs, I have noted the rapid deceleration in the world’s economies which is now showing up in the U.S., especially in housing and capex.

Furthermore, the bond market is not confirming the stock market’s view, as longer-term rates are moving down (if things were so rosy, they would be moving up).  In addition, and more worrisome, parts of the yield curve have now inverted (shorter rates higher than longer ones). Inversion has always been a warning sign.

Admittedly, a slowdown is not the same as a recession.  But the uncertainty surrounding the future is something investors ought to approach with caution, not just with “hope,” as the issues bothering the market, while potentially “paused,” are far from resolved.

This article is provided by FourStar Wealth Advisors, LLC (“FourStar” or the “Firm”) for general informational purposes only.  This information is not considered to be an offer to buy or sell any securities or other investments. Investing involves the risk of loss and investors should be prepared to bear potential losses. Investments should only be made after thorough review with your investment advisor, considering all factors including personal goals, needs and risk tolerance. FourStar is a SEC registered investment adviser that maintains a principal place of business in the State of Illinois. The Firm may only transact business in those states in which it is notice filed or qualifies for a corresponding exemption from such requirements. For information about FourStar’s registration status and business operations, please consult the Firm’s Form ADV disclosure documents, the most recent versions of which are available on the SEC’s Investment Adviser Public Disclosure website at www.adviserinfo.sec.gov/